Chris Woodley tells of his experiences as a gay teenager at school and as an openly gay teacher at work in his new self-penned Edinburgh Fringe Festival play. 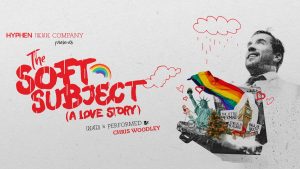 I came out at fourteen years old. Having been blessed with forward thinking parents, my greatest battle was at school. I was educated in Bromley during the eighties and nineties when homosexuality was banned from discussion in schools. This was due to Margaret Thatcher introducing Section 28, which prevented teachers promoting homosexuality as something equal to a heterosexual relationship. This left me with a constant battle. The battle was daily. It was school. Five years in an all-boys school. Possibly the worst five years of my life. I was spat at, sworn at, shoved around, belittled, bullied and abused on a regular basis, like so many others. The school did very little.

Having studied theatre and then education, in 2005, two years after Section 28 was repealed, I went back to Bromley to work as a Drama Teacher in a secondary school. This time I was to be the teacher in the classroom, not the student. I was the only openly gay teacher at my school. Within a year, I witnessed the impact being out made to my life and also that of the students. More gay students came out in school, I directed plays on sexuality, I challenged homophobic bullying – I felt empowered. The road was not always easy but I knew it was about visibility and promoting dialogue. Theatre prompted discussion; discussion prompted change.

The idea of writing Next Lesson came to me in 2009 when working as a teacher in Cambridge, where I was itching to write and act again. I was fascinated by how much had changed for gay students in schools since I was a teenager and I questioned how comfortable teachers in schools today are when discussing sexuality, following Section 28.

I felt so strongly that in 2012 I quit my job and moved back to London to write my first full length play Next Lesson. The play explores the all too human consequences that Section 28 had for a South London school community – its staff, its students and their parents. The show has since gone on to have a sold out run in London and a staged reading in New York.

This August I will be taking my second show The Soft Subject (A Love Story) to The Edinburgh Fringe Festival. The show is an autobiographical love story about teaching drama, heartbreak and The Little Mermaid. As part of the show I teach a lesson about falling in love, my experiences of working as an out and openly gay teacher. Think chick-flick meets stand-up comedy meets Disney with a Spice Girls soundtrack. As always, I will continue to be an out and proud teacher.