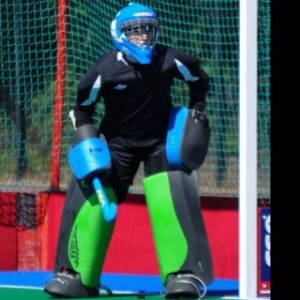 My name is Anna, I have been working as a high school maths teacher for around four and a half years. I live a pretty standard life: I am married with a one year old son and I play hockey. People don’t usually expect me to be a maths teacher, it must be because of my two eyebrow piercings and numerous ear piercings.

I have always been out to my colleagues, in my first job I was planning my wedding so I couldn’t contain my excitement. I am no good at keeping secrets from friends and I have got on well with all the teachers I have worked with. My current school is the first one where I have been out to my pupils too, it also happens to be the first school where I have a permanent contract.

We found out my wife was pregnant in February 2013, I was overjoyed, I have always wanted to be a mum.  I found it harder  and harder to contain my excitement as we got closer to the due date. I had started hinting at classes that I would be off for two weeks soon but I didn’t tell them why.

Up until that point I had done the usual things: used gender neutral pronouns when talking about my wife and made jokes to avoid answering questions about my ‘husband’.

My son was born three weeks early so I ended up not being as prepared as I would have liked, my oldest class, who I’d already told, sent me a message on edmodo with their congratulations. I came back after two weeks ‘paternity’ leave and openly told my classes that I had been off for the birth of my son. Of course they knew I hadn’t given birth so they asked and I told them that my wife had. None of my classes made any comments about my being married to a woman, most pupils seemed happy for me for becoming a mother.

That was a year ago now and I am glad I am out at school, it feels good not hiding being gay, it should not be something to be ashamed of. It is easier not watching what I say and being able to talk about my son and wife openly.

I don’t know if the phrase ‘that’s so gay’ is going out of fashion or kids just don’t use it around me, but I hope it’s the former. I am glad to live in a place where sexuality isn’t an issue and I look forward to the day when my wife and I will be able to convert our civil partnership into a marriage.